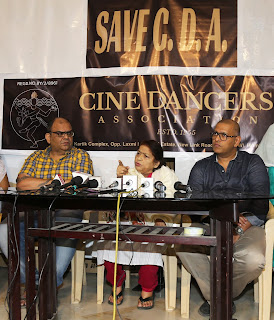 Bollywood’s oldest association for dancers the Cine Dancers Association (CDA) and the newly formed All India Film Television Events Dancers Association (AIFTEDA) have been at the loggerheads for few months now. Since senior choreographer Ganesh Acharya formed AIFTEDA in spite of CDA’s existence, both the associations have been criticising each other.
Veteran choreographer Saroj Khan has been appointed as the brand ambassador of CDA whereas Ganesh Acharya serves as the general secretary of IFTCA (indian film and television choreographer association)and acharya is taking advantage of his post and instigating other choreographers to use AIFTEDA members not CDA.According to the senior members of CDA, Ganesh Acharya who once said that he would support CDA all his life, suddenly opened AIFTEDA.

Some dancers from CDA have also alleged that there is pressure from the rival association, and whoever are joining AIFTEDA have been asked to sign an affidavit agreeing to whatever payment given by Ganesh Acharya. Acharya can be seen explaining why this new association was needed in some videos on YouTube. 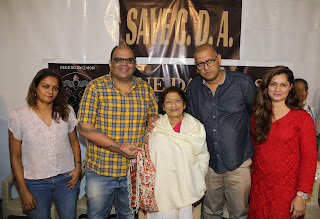 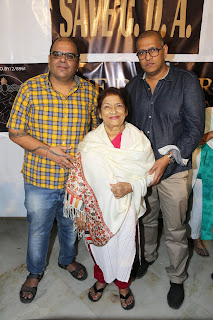 When asked about the controversy, veteran choreographer and the brand ambassador of CDA Saroj Khan said, “Ganesh Acharya and his father were also part of Cine Dancers Association then why the attempts of breaking the association are being made? It will affect the livelihood of so many workers.” When asked about the show Ganesh Acharya is planning to do with Bollywood stars and its funds to be used for AIFTEDA members’ welfare, Saroj Khan said, “I was called for an Iftca meeting after I became CDA Brand Ambassador. In the meeting I said that why the show’s money is going to your foundation and not CDA which is the oldest association of dancers?”

CDA has previously questioned how the money generated from the star-studded event will be monitored. CDA has a proper wage chart that is honoured by all producers and dancers are paid INR 4500 per shift. The CDA is fully functional, the dancers are getting paid on time and all their issues are getting addressed by CDA. 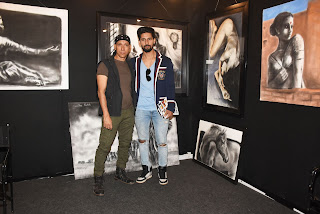 The 10th Mumbai Edition of India Art Festival (IAF) at the Nehru Centre, Worli, continues to grow in scale, bringing cutting-edge contemporary art to the metrop with over 45 art galleries and over 500 artists across countries taking part in the exhibition. With yet another successful year, the India Art Festival is presenting all forms of artistic expressions including paintings, sculptures, photography, ceramics, textiles, installations and offers an insight into current art trends from India and Asian countries. There are a total 150 booths, spread on the ground and second floor, Discovery of India Art Building, Nehru Centre, Worli. The inaugural ceremony of the festival was a star-studded affair, that saw celebrities of the likes of Ravi Dubey, Nandish Singh Sandhu, Preeti Jhangiani, Dilip Joshi, Lalit Pandit, Sonalika Pradhan, Ivanka Das and Abhinav Gautam among many others. Rajendra – Founder and MD of India Art Festival, played the perfect host! 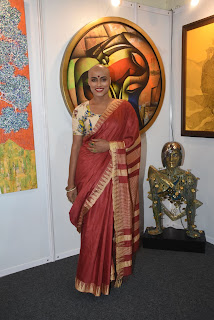 Veteran writer Rakesh Bharti has approached the Bombay High Court against Deepika Padukone-starrer "Chhapaak", claiming he originally penned an acid attack survivor's story on which the film is based.
The petitioner, Rakesh Bharti, has sought that he should be given credit as one of the writers of the film. 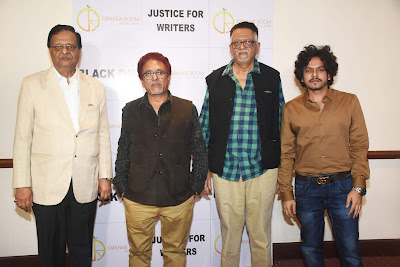 The suit filed by Bharti claimed that he had conceived an idea/script for a movie, tentatively titled 'Black Day', and got it registered with the Indian Motion Pictures Producers' Association (IMPPA) in February 2015.
Bharti said since then he has been working on the script and approaching several artists and producers, including Fox Star Studio, for narration.
"However, the project could not commence due to unavoidable circumstances. The plaintiff had narrated the idea to Fox Star Studio, which is the production house for 'Chhapaak'," the plea said.
Bharti's advocate Ashok Saraogi said the plaintiff later came to know that an identical film is being produced by the defendants (Fox Star Studio and others) and directed by Meghna Gulzar.
Bharti submitted complaints to the producers but did not get any reply following which he approached the high court.
In his plea, Bharti has sought that he be given credit as one of the writers of the movie 'Chhapaak' and the film's release be stayed until due credit is given to him.
He has also sought for an expert to be appointed to compare his script and that of 'Chhapaak'.
Saraogi said the plea will be heard by a vacation bench of the high court on January 7.
'Chhapaak', based on the life of acid attack survivor Laxmi Agarwal, stars Deepika Padukone and Vikrant Massey. It is slated for release on January 10, 2020.
Posted by Bollywood2business at 06:14 No comments:

Veteran playback singer and acclaimed voice actor Sudesh Bhosale’s contribution to the world of music is not unknown. However, few know that his mastery in voice acting has earned him accolades and appreciation from the industry. 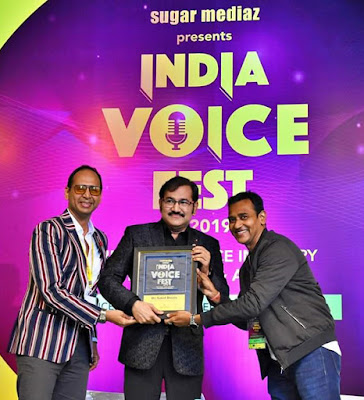 Recently, Sudesh Bhosale was felicitated by the India Voice Fest for his exemplary contribution to the craft of voice acting. Held at Rangsharda auditorium in Bandra in its second edition, India Voice Fest  is backed by an association of all-India voice artists, dubbing artists in radio, films or TV who help those ‘behind the curtain’ per se.

“Often, some actors do not do their own dubbings. We voice the actors,” says Sudesh Bhosale, adding that “Amol Sen, Harish Bhimani were part of the jury that chose me this year for my contribution to the world of dubbing and voice artistry.”

On receiving this honour, Sudesh Bhosale shared, “It felt really good. I met senior artists as well as artists from the young generation.” With the youth present at the felicitation wanting his advice, he averred, “Don’t just stick to behind-the-curtain work. Try coming out to the front. Don’t always remain behind the camera. You will earn your name, fame as well as make more money.”

Not everyone is aware that after veteran actor Sanjeev Kumar’s sudden demise, it was Sudesh Bhosale who saved the day! He dubbed 5 films of the late actor. And that’s not all! He also dubbed Anil Kapoor’s voice in Tezaab. Apart from Sanjeev Kumar and Anil Kapoor, the versatile singer often dubs for Amitabh Bachchan in regional languages.

More power to voice artists and Sudesh Bhosale.
Posted by Bollywood2business at 11:14 No comments: 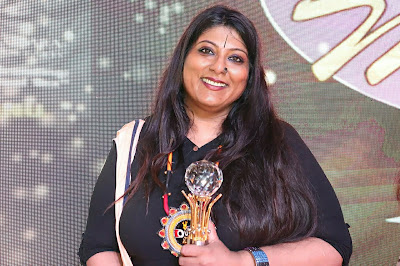 Posted by Bollywood2business at 04:25 No comments:

She is pretty, she is vivacious, she is the heartthrob of millions. Actor Angela Krislinzki, of the film 1921 fame, is on cloud nine.
For the mesmerizing hazel-eyed beauty is now the face of the Udit Narayan-Neeti Mohan video. Currently shooting at Bhubaneshwar for the song, Angela is excited that this 90s feel Bollywood number from the King of Romance Udit Narayan has her grooving in a wedding sequence. “I love the song and the steps,” she says. “And Bollywood numbers hold a special place in my heart. I am so excited.”

It is not just that. The outfit is Indian and that is as exciting for Angela who is half Indian, half Polish. “I simply love my Indian roots and that is why I am at home in India,” she reveals. Here is more power to this pretty woman with immense talent. 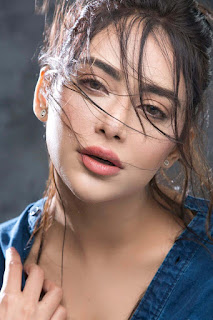 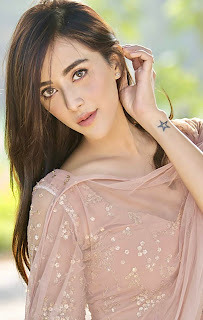 Posted by Bollywood2business at 02:56 No comments: 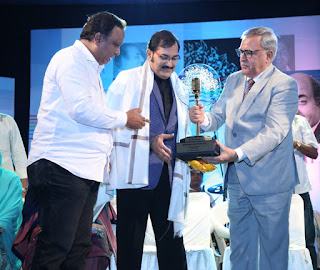 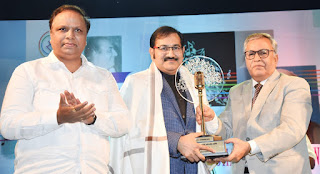 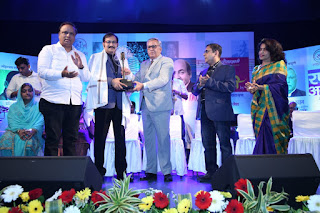 Posted by Bollywood2business at 04:00 No comments: