Posted by Bollywood2business at 22:35 No comments:

He is a face on television, best known for his histrionics, dancing and performing talent as well. Versatile actor Shaleen Bhanot, fondly called the Adonis of Indian television by fans,  added another feather to his already overcrowded cap by coming out with his first international singles as singer. The singles was launched at Levo Lounge.

With some amazing cuisine sensuously set to offset the mood, the evening saw celebs pouring in to congratulate the Adonis of Indian television, Shaleen Bhanot on his achievement.

Posted by Bollywood2business at 14:01 No comments:

Posted by Bollywood2business at 01:37 No comments:

Posted by Bollywood2business at 03:25 No comments:


Posted by Bollywood2business at 04:27 No comments:

Actor Prashantt Guptha has been chosen for ‘The Pride of Rajasthan Award’ at the  First Rajasthan International Film Festival (RIFF) at the Kala Kendra in Jaipur from january 18th.This honour follows Prashantt Guptha’s Best Supporting Actor Award for Rahat Kazmi’s IDENTITY CARD, when he received the award at the hands of  Ayushmann Khurrana and the Honorable Consul General N. Parthasarthy at The San Francisco Global Movie Festival. Before this, the actor also received the Best Debutante Award at the 10th Excellence National Award for his earlier film ISSAQ in which he was noted in the role of a handsome villain.While Issaq was a commercial film where the handsome hunk’s histrionics spoke with Prateek Babbar and Amyra Dastur, Identity Card highlighted the importance of an identity card in Kashmir without which one can be interrogated and arrested and labeled a terrorist. Prashantt Guptha played a Kashmiri cop and stood up with stalwarts of the likes of Saurabh Shukla, Vipin Sharma, Raghubir Yadav and Brijendra Kala. Says Somendra Harsh, founder – Rajasthan International Film Festival, “we chose Prashantt Guptha for not just his acting skills but his overall persona. This award goes to a person who excels as a human being as much as he does as an actor. Over a small span of time, Prashantt Guptha has managed to carve his own niche in Bollywood. This apart, he is a poet and a singer and most importantly has his feet firmly on the ground. We are looking forward to his growth in the years to come and are proud of this young man who hails from our state.”  As the Pride of Rajasthan Award adds another feather to Prashantt Guptha’s overcrowded cap, here is looking forward to seeing more of this young man.

Posted by Bollywood2business at 04:42 No comments: 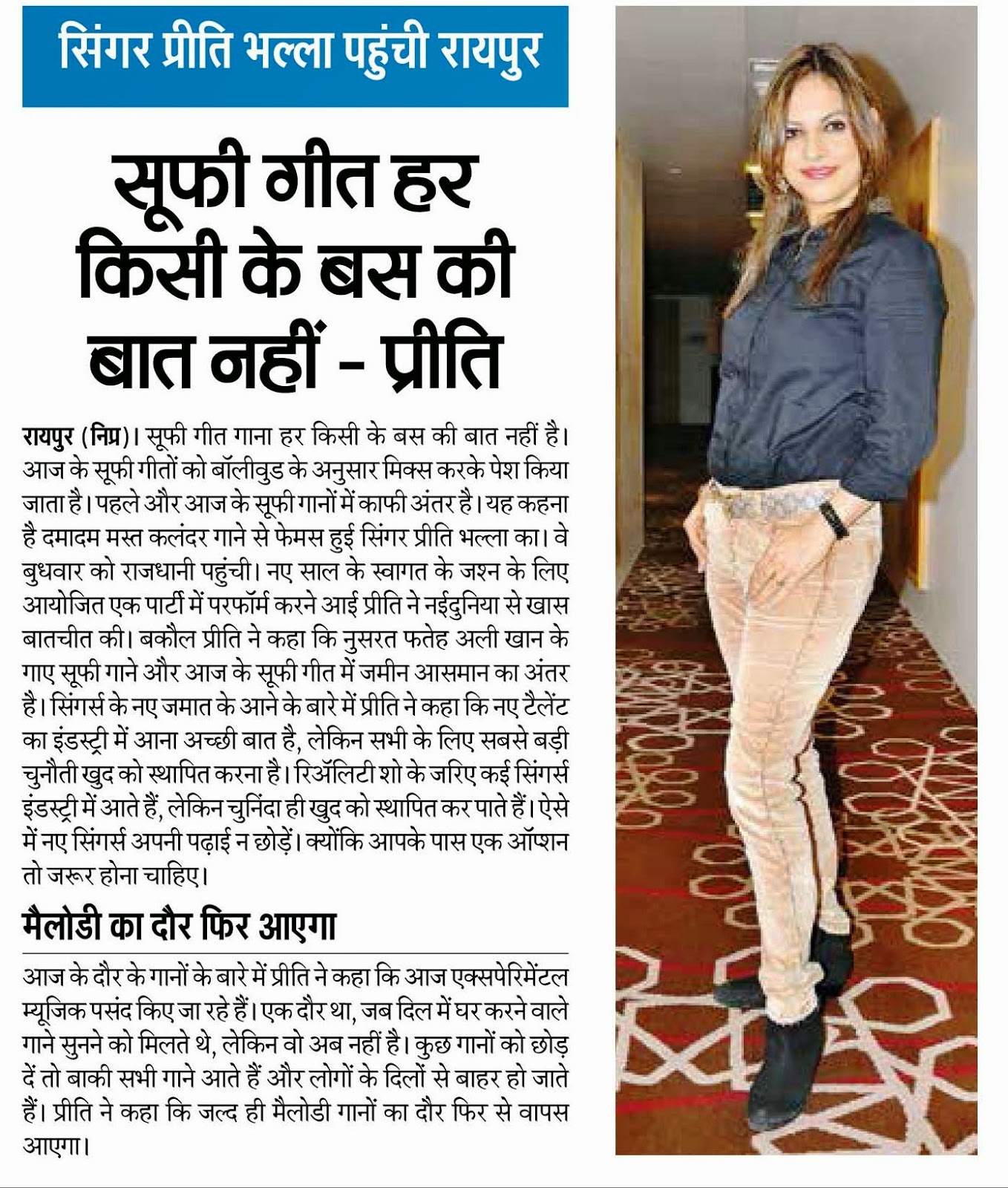 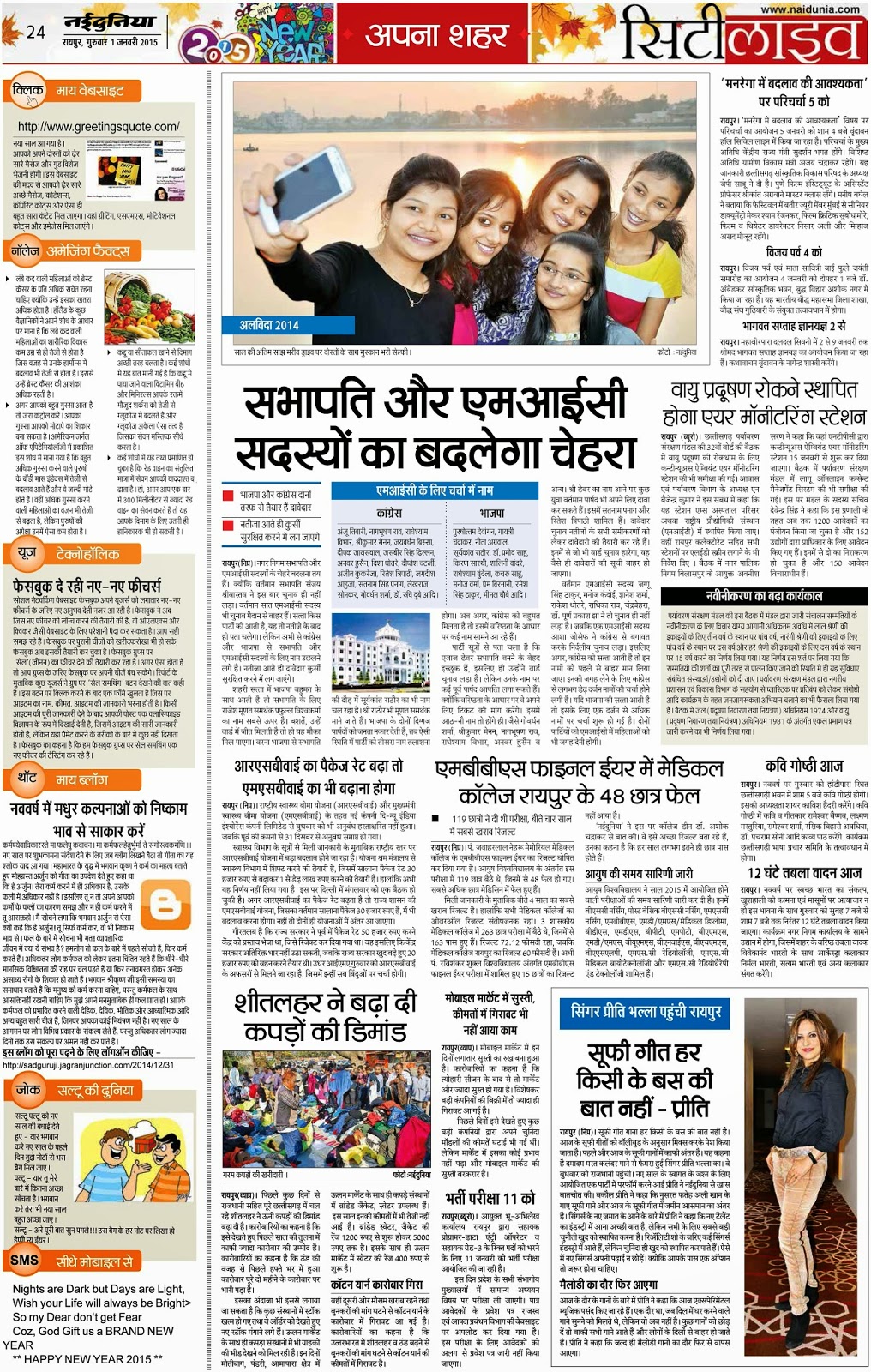 Posted by Bollywood2business at 03:42 No comments:

DOCTOR I LOVE YOU MUSIC LAUNCH

Filmybox and Shoestring Production are releasing their film Doctor I Love You on January 30. The film has been produced by Narendra Singh and Shiraz Hussain and has been directed by Mukul Abhayankar who has three films ready for release. Neeraj Pandey’s Missing, another Mythological thriller called Yaksh and Doctor I love You. The last named starring Naini Dixit, Shalini Chandran and Shital Shah along with Shiraz Hussain releases first. The music of the film was launched at Fun Republic Theatre in Andheri West.

“The audience should get an experience they have never got, they must see images they have never seen, they should believe in actors performing the characters, they should hum the tunes of the songs you have offered. I am pretty sure that we have managed to give them their money and time worth. In one line, without being much modest, I would say I am happy to present the surprise packet of 2015,” says director Abhayankar.

As for Producer Narendra Singh, he says that he was so spellbound at the screening of the film that he couldn’t just refuse it. “Before the film started, I didn’t think that the film could hold me. But once I started watching the film, I didn’t realize that the film was two hours long and the kind of thrills the film has, it held me together. I am sure that once the word spreads, this film will be worth a watch,” says Singh.

Actor producer Shiraz Hussain reveals the reason why he decided the film, “You feel as though if you bat an eyelid you might miss something important or critical. The film’s pace is relentless & the twists & turns are so sudden & unexpected that it keeps the audience glued to their seats till the very end and that’s the ultimate rush that I get as an actor as well as a producer.”
The music of the film has been composed by Rahul Mishra, Subhojeet Chatterjee and Subhash Pradhan and the songs have been sung by Sunidhi Chahan, Hamsika Iyer, Raja Hasan and Subhash Pradhan.

The film Doctor I Love You’s co-producers are Sajid Darokhan and Rajan Ahuja and the Associate Producer is S Ramachandran.

Posted by Bollywood2business at 23:03 No comments: